← more from
Rocksteady Disco
Get fresh music recommendations delivered to your inbox every Friday.
We've updated our Terms of Use. You can review the changes here. 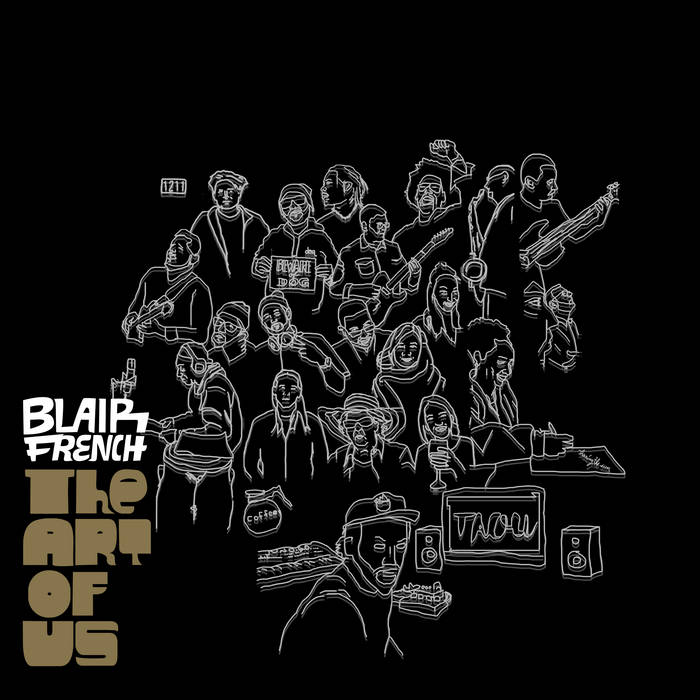 jeremyqui a collection of gold vibration !
can't wait to spin on arrival
F O A .... particularly hit me hard
investigate look and enjoy

Bensham Beats What a beautiful piece of work!
A sheer labour of love...Superb.

Jamie Odell This is stunning! Only just had a quick flick through so far but sounding like LP of the year to me. It absolutely nails the sweet spot between tripped out dubby exotica, soulful musical vibes and deep, raw, underground house.

Music From The Mezzanine

The Art Of Us (TAOU) begins with the story of Blair French, a cosmic messenger raised in a house of 7 on the outskirts of a historic city. From dancing at mom's disco parties at a young age, to releasing rap tapes in middle school, winning best soundtrack for the multi-award-winning film DETROPIA and hitting the Billboard charts with his Pure Sounds of Michigan compilation; ultimately French found a home in the world of all things Detroit, Pan-African, Balearic, and ambient. TAOU is his first instrumental LP under his own name, (despite a 25 year career), bringing together his closest musical compatriots.

Mastered by Atjazz, the vinyl is cut loud to lacquer by Carl at Trutone, and pressed with love at Archer on the east side of Detroit. It includes a double sided full color art insert with lyrics on the flip side.

"This is stunning! Only just had a quick flick through so far but sounding like LP of the year to me. It absolutely nails the sweet spot between tripped out dubby exotica, soulful musical vibes and deep, raw, underground house. I’m seriously blown away and can’t wait to give it some serious listens." -Jimpster [Freerange Records]

"I really like it, it's a great album, apart from the two initial tracks that have already come out and that are overwhelming and powerful, there are another 5/6 tracks that I will play" -Leo Mas

"This is a great selection of music. Lovey production and varied musical vibe." -Craig Smith

"What an album -- y'all should be proud of this one. So much heat!" -Marc Meistro [Sol Power All-Stars]

"Phew, what can I say? This is album of the year for me hands down. Such a nice variety of music from upbeat to downtempo and of course all that percussion, I just can't get enough of it. Great to listen to in a sitting as well as playing tracks individually. Blair is an inspiration." -Igor B [Breathing Room]

"This is huge. The tracks are fire." -DJ Shark [The Gel Lab]

"It's quite impressive, Celebration Ritual and Genes are my favorite cuts. Whole thing works as a piece tho." -Dino Soccio [Pleasure Of Love]

"Standouts for me on first listen are Celebration Ritual, Stay Detroit, Drop Ceiling Shuffle! Huge diversity on this LP, so great!" -Marco Weibel [Darker Than Wax]

Home page to the table spread of Blair French. Ambient to Dance grooves and in between.

Bandcamp Daily  your guide to the world of Bandcamp

Guests John Beltran and Kim Myhr walk us through their magical musical adventures.